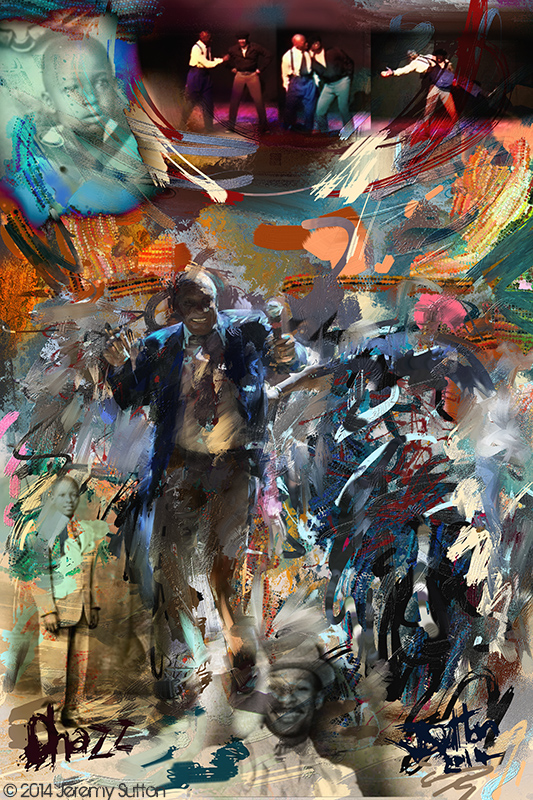 This is a portrait of dancer, performer and teacher Chazz Young. It features him leading the Shim Sham at Frankie 95, a celebration of his dad, Frankie Manning, legendary pioneer and Ambassador of Lindy Hop dancing whose Centennial (Frankie 100) is being celebrated around the world on Monday, May 26th, 2014. In the upper portion of the portrait you can see three views of Frankie and Chazz performing together to “It Ain’t What You Do (It’s the Way That You Do It)” by Jimmy Lunceford. To learn more about Frankie and Chazz I recommend viewing the wonderful video documentary “Frankie Manning: Never Stop Swinging”, produced and directed by Julie Cohen.

This painting was created using Corel Painter and a Wacom tablet on a Macintosh computer. I started by experimenting with all the new brushes included in the Extra Extras set here on PaintboxTV (see the close up details of the brush strokes shown below). I ended up with one of my new favorite brushes, David Gell‘s Eliron from his Inkspiration brushes, which reminds me of the looseness of painting with twig and ink.

Other portraits in this series of Lindy Hop legends include Frankie, Dawn and Norma. These paintings were displayed during the Frankie Manning Centennial celebration in New York City, May 26, 2014. Fine Art Pigment Prints, each individually printed and signed by the artist, are available for purchase with a portion of the proceeds going to the Frankie Manning Foundation or the portrait subjects. To place an order please visit the Store (scroll down for print options: $250 for a 24 inch print, $500 for a 30 inch print).

I’ll be in New York for Frankie 100 and will be teaching Corel Painter and iPad painting this weekend at the New York Digital Paint Extravaganza – there are still a few places left. If you’re in the New York area it’ll be a pleasure to see you there! 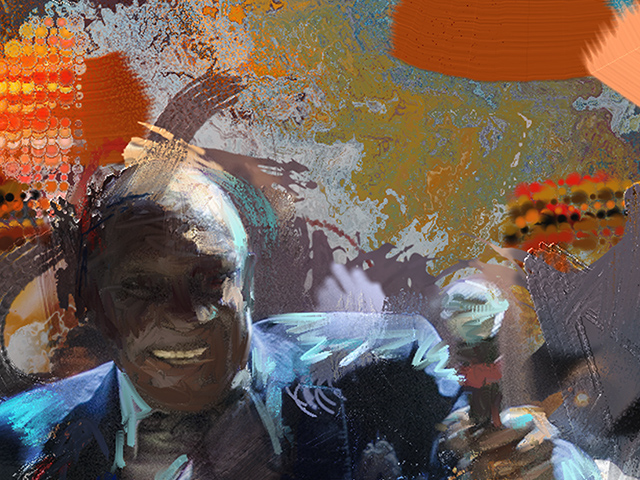 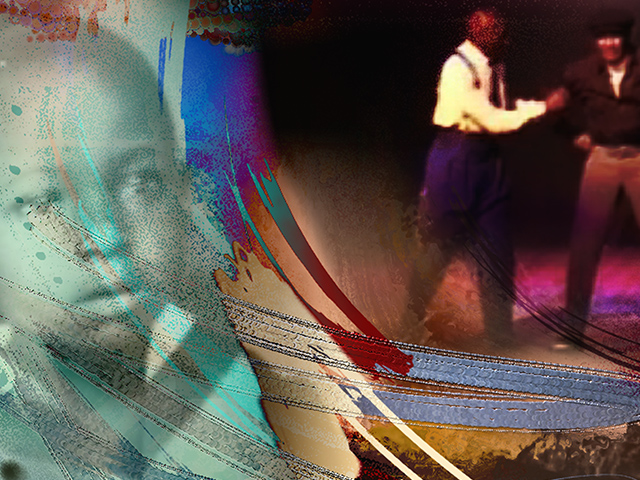