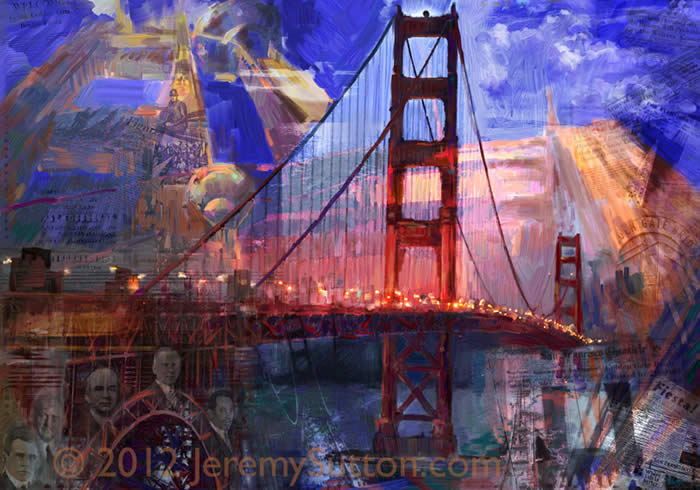 A historical painting, created to celebrate the Golden Gate Bridge’s 75th anniversary (it was opened on May 27, 1937). The painting includes San Francisco Chronicle clippings from the Fiesta celebration of the Bridge’s opening plus features the visionaries, designers, architects, engineers, workers and bankers who helped build the Bridge. 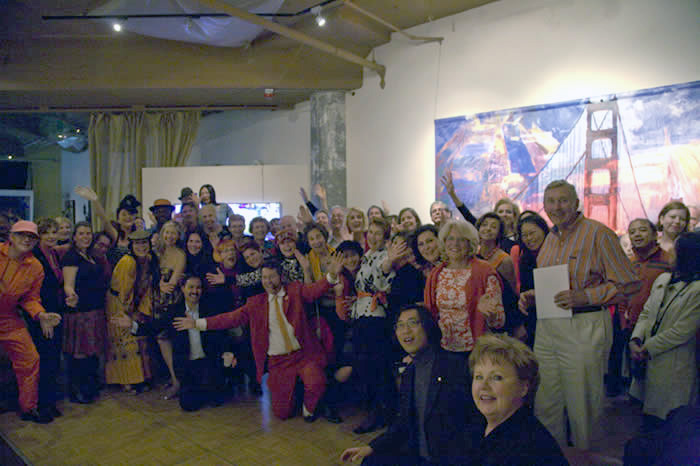 The Painting "The Golden Gate Bridge"

This painting is a tribute to the vision, determination, skill and sacrifice of the many people we have to thank for this magnificent icon. In the lower left corner of the painting you will see the faces of five important players in the creation of the bridge. From left to right:

The workers who toiled above and below the treacherous waters are represented in the mid-left section of the painting. Throughout the artwork are newspaper clippings from the San Francisco Chronicle published on May 27th, 1937, the day the bridge was opened to the public, and the subsequent two days. The opening of the bridge was accompanied by a parade and a city-wide "Fiesta" featuring multiple celebrations, events and venues. The Fiesta program is included in the artwork. There is much else besides which I’ll be happy to point out when you visit… 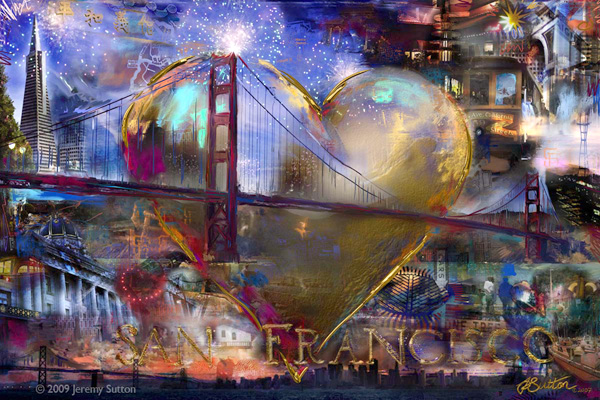 This painting, which prominently features the Golden Gate Bridge, is on display at Sutton Studios & Gallery in a unique 36" x 60" luminescent LED Light Panel presentation kindly loaned by TaDah Corporation, as well as the original mixed media collage on canvas. 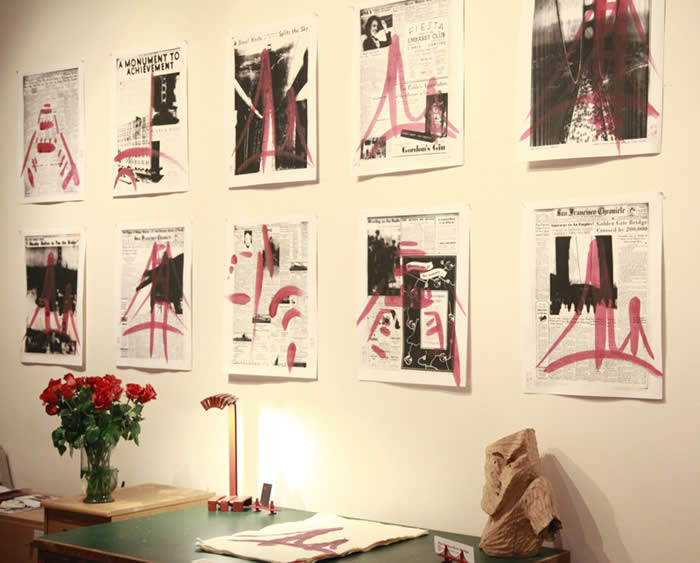 New series of Sumi-e ink paintings inspired by the Golden Gate Bridge, painted on 19" x 24" fine art paper prints of original pages from the San Francisco Chronicle at the time of the bridge opening. Besides being inspired by the Golden Gate Bridge, the series of Sumi-e brush paintings were also inspired by a number of other influences, first and foremost by my Zen calligraphy teacher, Sarah Moate sensei, who studied under the late Zen master calligrapher Terayama Tanchu Sensei, and also by the art of Jung Woong Lee and Robert Motherwell.

Included in the GGB75 Soiréee was Peter’s telling, with slides, of the epic saga of the greatest theoreticians and designers of bridge building, fearless engineers and construction workers, and dedicated political and civic leaders, all led by a visionary with a desire for a monumental achievement of a lifetime, to build the Golden Gate Bridge.

Bridge historian Peter Moylan told this story in a unique combination of documentary narrative and storytelling that captures the dramatic events and personal sacrifices of those whose faith in the future and the value of progress overcame vast challenges of finances, politics, and engineering to create one of the world’s greatest icons.

Peter has been a student of San Francisco history for 36 years. He has also been a participant in civic and political events. He currently operates San Francisco Walks and Talks, offering the only walking tours that tell the entire history of San Francisco from native American village to the City we know today. 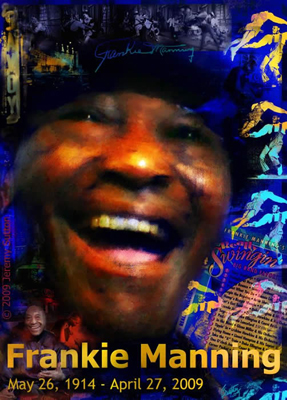 The day before the Golden Gate Bridge opened, and across the continent in New York City, a talented young dancer, Frankie Manning, was celebrating his 23rd birthday. While the Golden Gate Bridge Fiesta weekend was in full swing in San Francisco, it is likely that Frankie was pioneering innovative Lindy Hop air moves on the dance floor of the legendary Savoy Ballroom to the live music of big bands like the Count Basie Orchestra. Frankie, who performed internationally with the famous Whitey’s Lindy Hoppers and appeared in films like A Day at the Races and Helzapoppin’, subsequently served in the Army in World War II and fought in the Pacific, worked in the United States Post Office for over thirty years, and in his 70s started teaching Lindy Hop around the world, becoming the Ambassador of Swing to new generations of dancers. I took my very first Lindy Hop lesson from Frankie in 1995 and was inspired by his incredible joy, spirit and energy. He continued dancing and teaching until we sadly lost him age 94. May 26th would have been his 98th birthday and in Frankie’s honor my portrait of him was displayed at the GGB75 Soirée and some of his favorite tunes from the same era of the opening of the Golden Gate Bridge were played. 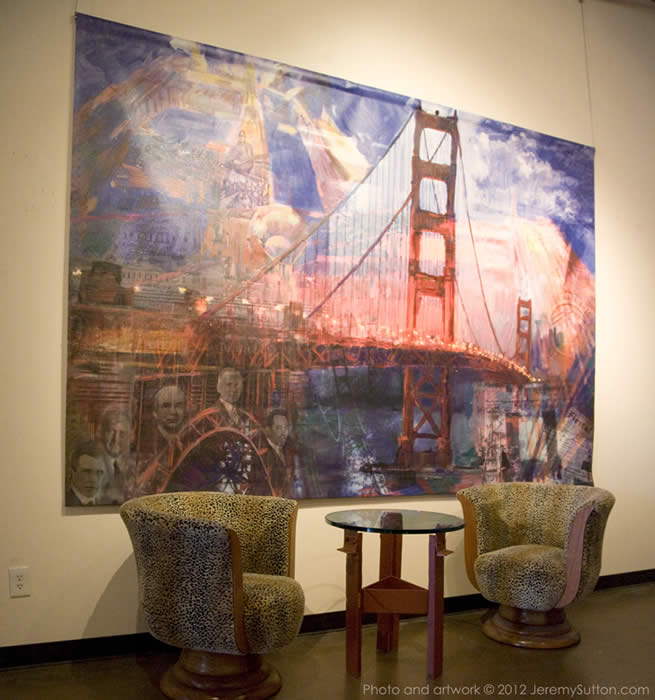 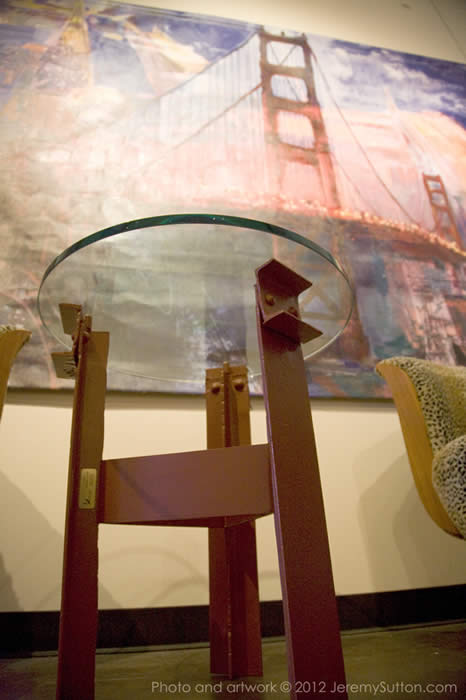 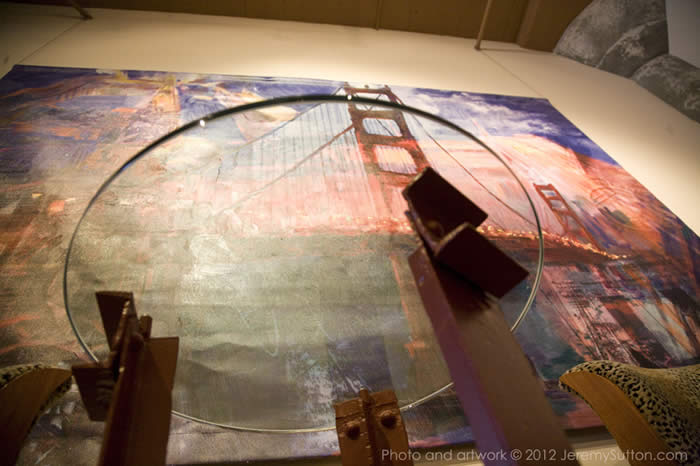 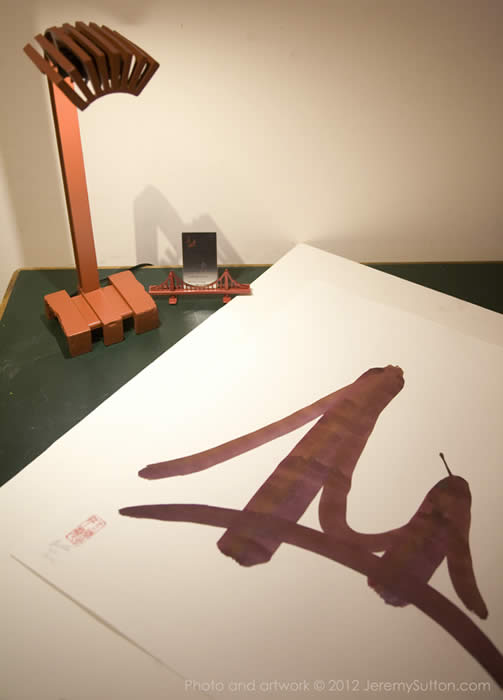 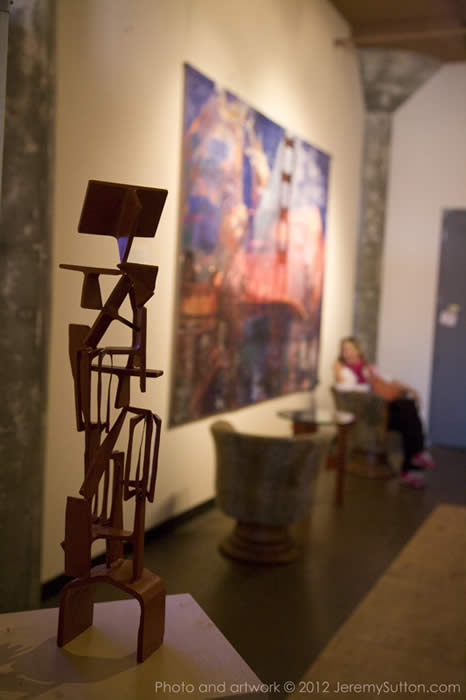 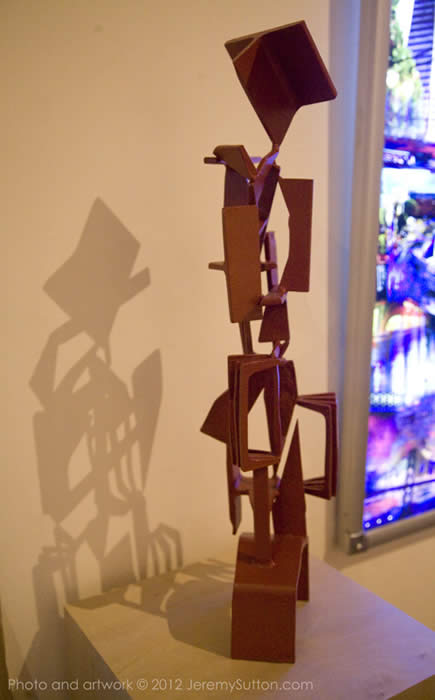 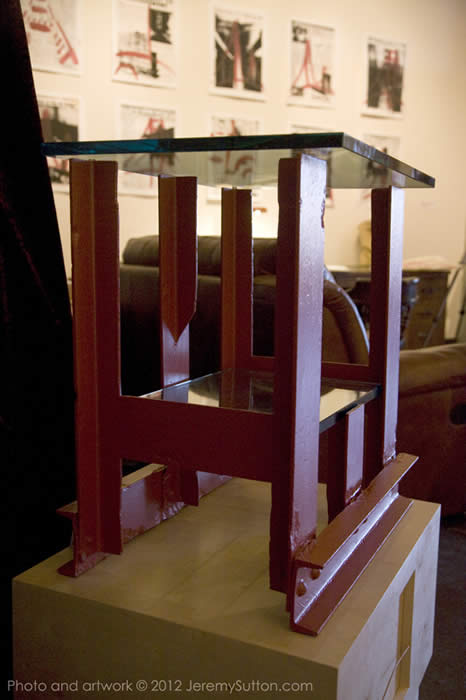 the cheeses to look like the Golden Gate Bridge!) 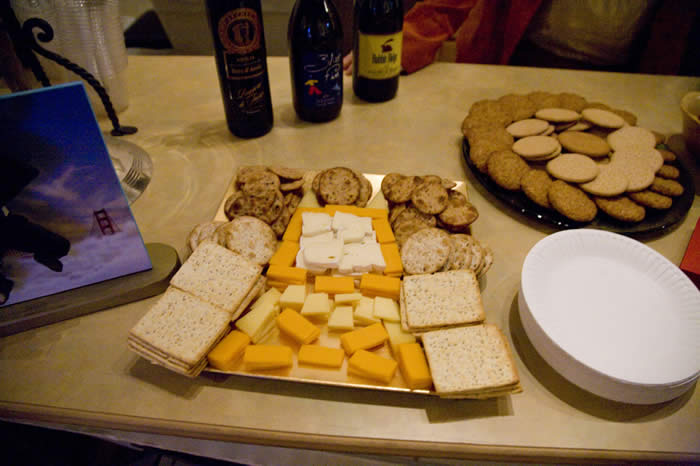 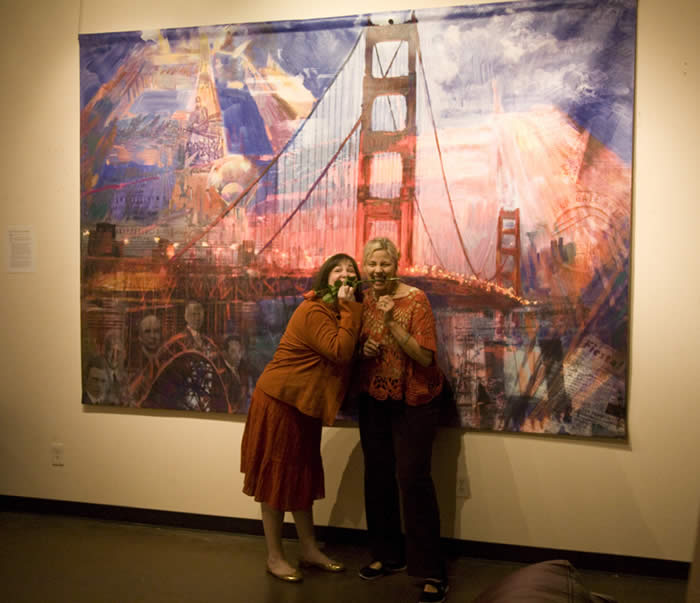 Big thank you also to Peggy for helping out, as well as the food donations from The British Grocery!