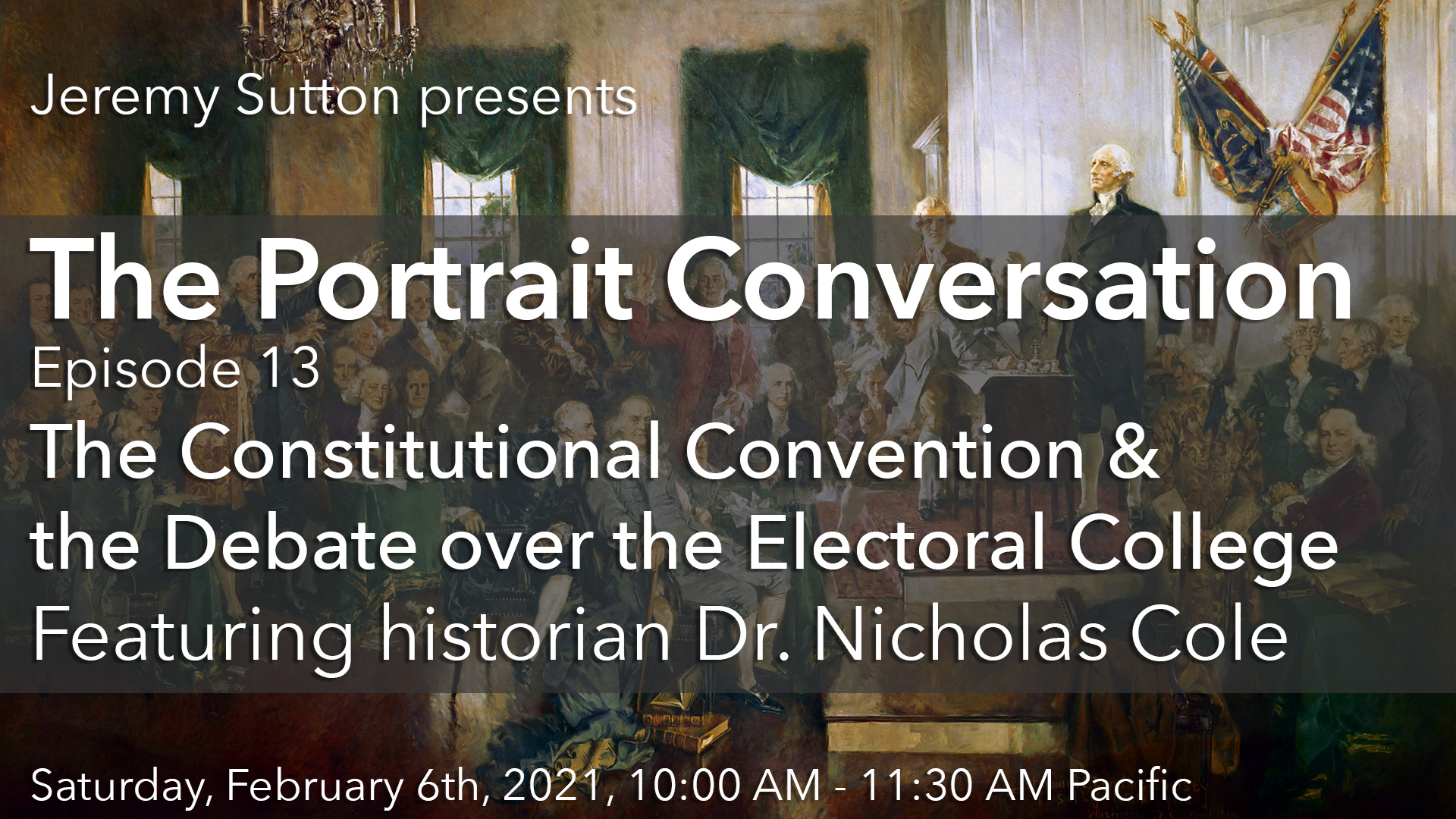 The Portrait Conversation welcomes special guest Dr. Nicholas Cole, Senior Research Fellow at Pembroke College, Oxford University, who studies the political thought of the eighteenth and nineteenth centuries and the history of democratic institutions. In this conversation we will discuss the evolution of constitutional democracies, the debate at the U.S. Constitutional Convention of 1787 over the Electoral College, and implications for today.

The painting you see in the background of the title graphic shared here at the top of this page is the 1940 painting by artist Howard Chandler Christy titled Scene at the Signing of the Constitution of the United States.