Part 1 (1 hour 34 minutes)
Introduction; Oxford University; Summer interning on Capitol Hill; the influence of ancient Greek and Roman civilizations on America; the time period between the 1776 American Declaration of Independence and the start of the 1787 Constitutional Convention, from dream to details; the confluence of new data and data technology that led to the Quill Project.

Part 2 (1 hour 43 minutes)
Today’s context: the Capitol Hill Riot and the impeachment trial; history of impeachment; history and background to the Electoral College; how slavery was addressed during the Constitutional Convention of 1787; Senate rules and history of the filibuster; democracy versus authoritarianism and the outlook for the future.

The Portrait Conversation welcomes special guest Dr. Nicholas Cole, Senior Research Fellow at Pembroke College, Oxford University, who studies the political thought of the eighteenth and nineteenth centuries and the history of democratic institutions. In this conversation we will discuss the evolution of constitutional democracies and Dr. Cole’s development of the Quill Project, an astounding online resource that meticulously catalogues the day-by-day discussions, debates, negotiations and compromises of the United States Constitutional Convention of 1787. We discuss, from a historical perspective with a focus on what happened during the Constitutional Convention, such pertinent topics of today such as the nature of compromise, impeachment and the Electoral College. 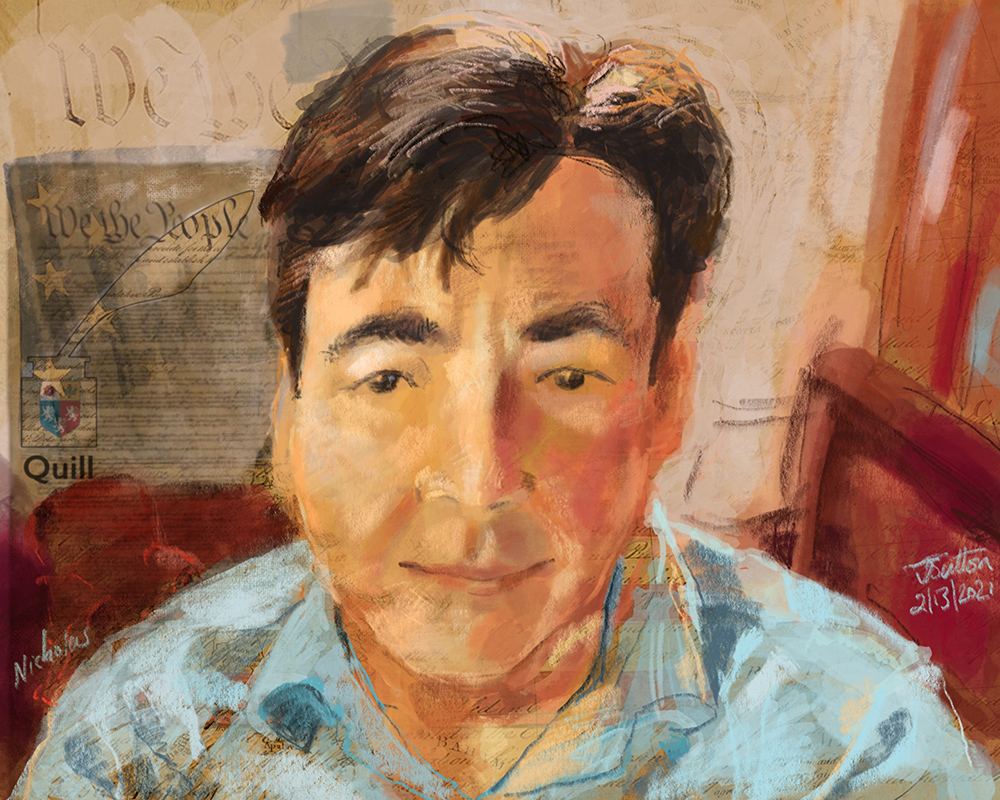 If you’re unfamiliar with the history of the early days of the founding of the United States of America, then I highly recommend listening to the premier episode titled “Framed” of the excellent podcast “Constitutional”.

Here are some interesting links to check out regarding Dr. Cole’s Quill Project and the Constitutional Convention of 1787.