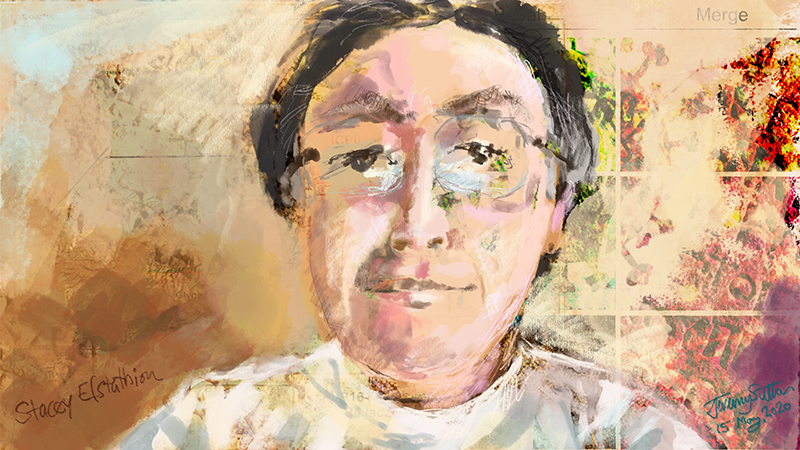 Enjoy this wide-ranging portrait conversation that follows parallel tracks of understanding viruses while covering Stacey’s journey, all while having his portrait drawn. Click here to read Stacey’s great articles on coronaviruses he has written for the Naked Scientists (a group based in the UK who are involved in the public understanding of science).